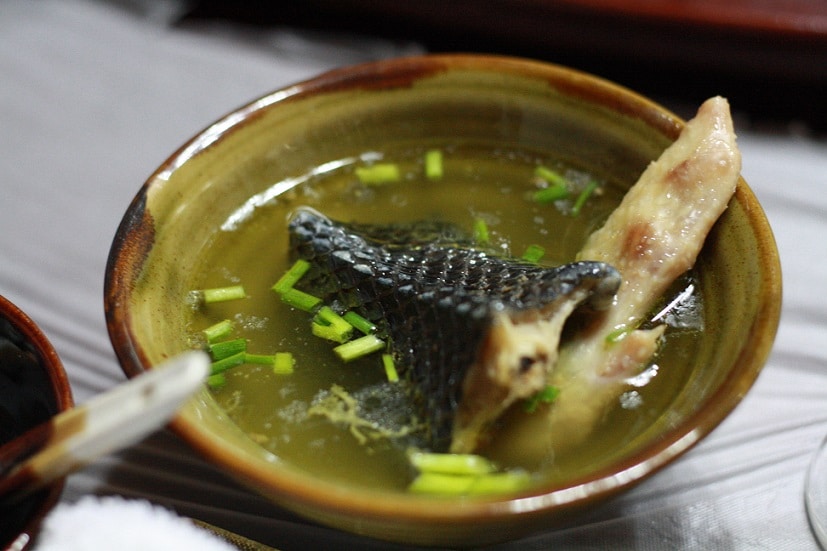 We’ve all seen it on some extremist reality show or ridiculous game show and gawked in disgust. However, edible snakes are not something that is easily digested (pun intended).

While you would not think of eating a snake for dinner or going to a restaurant and ordering a medium good snake with a loaded potato on the side, it is possible to eat snakes and live throughout your day like you just finished an order of chicken nuggets. I know what you’re thinking, “but the poison! You can’t eat the poison!”

Now that everyone is here, you will be aware of everything you need to know about eating snakes. How to catch them, kill them, prepare them, cook them, and digest them! As stated before, this is not a dinner that is normally requested.

But, if you are in the wilderness desperate for food, or if you want to get the full-on survivalist experience during a hike, you might want to know how to eat a snake. Surprisingly, there are a lot of links available on how to eat a snake, but there is a main theme to them all.

No one begins their day thinking that will be the meal of choice. Many people share their stories of accidentally running into a snake and coming across the idea of, “why not?”, or they have killed the snake and don’t want to waste it.

Whether you are simply curious or not wasteful, the process is the same. Once your finish reading this article, you will be a pro on everything eating snake related.

Where to Find Your Next Meal

If for some reason, you are looking for a snake to fill your belly, this is one of the easier steps: finding one. Lucky for you, snakes cover all walks of land except for a few countries such as Antarctica, Iceland, Ireland, Greenland, and New Zealand.

Other than those continents, if you are hiking or backpacking in the wilderness of any sort, you should have no problem meeting these slivering members. Beyond being in their habitat, you can get additional hints by looking for signs of shedding skin.

Snakes are known to shed their skin as much as every two weeks if they are young and two to four years as they age into adults. However, if you are not lucky enough to catch them directly after shedding, you can always look for swirls around loose dirt in the ground.

Different species of snakes are found in varying areas around the world. So, it is hard to say what snakes are the best to catch, because everyone may not be in the same region of these snakes. However, if you search the most common snakes in your area, you will know the snakes to target specifically.

Snakes are known to hide in trees, forest floors, desserts, highlands, plateaus, and even prairies. So, whatever the environment you are camping in, finding a snake is the easier task available. However, the second step is harder: killing it.

How to Kill My Prey

When it comes to killing your dinner, there are many ways to do so. Get creative if you want to and use your gun if you are a good shot. But this can often scare your dinner away. Or you can go the more common route of pinning its head to the ground with a knife, skewer, forked stick, or whatever you have handy at the time.

After the head is pinned to the ground, sever its head from the body! Though, not all snakes are not venomous, many people tell you to do this so you don’t ingest the venom, as it is in their teeth and mouth. However, venom is only dangerous to you if it gets in your blood stream. So, if you want to indulge in the head of the snake, you can!

See also: Edible Snails: How to Survive in the Wild by Eating Them

Your stomach acid will decompose the venom and decompose its proteins for an easy fix. Now that we’ve cleared the air for the worrywarts and daredevils alike, we know snakes can be eaten with the head on or off.  Finally, we can move on to the other important steps of dressing and preparing your snake for dinner.

Just like hunting any other animal for food, you will want to remove the skin.  You can do this by using a knife or a sharp rock to cut a half-inch slit along the length of the snake. Once you have done this, you can proceed to peel the snakes skin back like you are taking off a sock.

Depending on how you feel about being wasteful, you can always preserve the skin and potentially make a profit if you are interested. You can also keep the skin as a memento, if that strikes your fancy. Snakeskin is popular and is quite rare, so either option can be justified, especially if you were going to simply through it out.

How Should I Gut the Snake for the Grill?

Moving on, you will continue to remove any organs or intestines.  Be sure to be careful around any ribs. Once the innards are removed, you can cut the snake into smaller sections to cook, or leave it in one large piece. However, if you choose to cut the snake, be careful!

The ribs are small, like fish bones and can be a nuisance when you are eating them.  To avoid any ribs getting lost in the meat, it may be a safer bet to cook the snake but the decision is ultimately up to you.

However, one step you will want to take includes cleaning the meat! This can be done by soaking your snake meat in some saltwater to get rid of any blood and it also reduces the “gamey” taste.

The Flavor of Snake

Many have not tasted or had a desire to try a snake.  It is more common to hear of people eating other animals such as alligators or frogs. Surprisingly enough, alligator has been recorded to taste almost identical to chicken! It would be great to be able to share that snake tastes the same, but based on the reactions of others, that would be a lie.

One of the most commonly eaten snakes is the rattlesnake. It’s the easiest to identify, because of the sound that it makes with its tail when it’s threatened. If you’re brave enough to take one down and get its head cut off, then you have a great source of meat for a while.

The bones of a snake have been related to fish too, so be careful when indulging (or surviving) because you can get those annoying bones caught in your throat. Many can relate to having a fishbone stuck in their throat and the miserable feeling associated with it.

It is important to note, they are not the say all and be all of snake species or flavors. Another common snake that is easy to find in the wilderness is the chicken snake, also known as a rat snake. Though this snake’s name is a little misleading, they do not taste like chicken either. It has been said that chicken snakes provide meat that is leathery and thin, like jerky.

They’re easier to catch, as they are non-venomous and are actually quite big. You can identify a chicken snake by its extremely large head in comparison to its long skinny body. They can also climb, have very dull colors, and round pupils.

If you want something more interesting than boiling or stir frying a snake, here’s a helpful recipe for some deep fried snake, if you happen to have these ingredients on hand:

Here is a detailed step-by-step guide how to deep fry a snake:

Be careful when eating, as the ribs can break off easily. It’s best to scrape the meat off with your teeth, instead of inserting the whole thing into your mouth. Alternatively, instead of cooking on the grill, you could also add snake meat to soup, as the boiling process will tenderize the meat and help it to fall off the bones. You should still exercise care while eating.

While snakes offer protein like other meats, there are several health benefits that aren’t available in traditional meats like beef and chicken. For example for those who are into body building and consuming lean meat, they could benefit from eating a snake because it carries half the calories and one third the amount of fat of the same portion. This can help control weight for those who are counting calories.

On the other hand, snakes must be handled properly and cleaned properly before serving. There is the risk of contracting salmonella poisoning, which is carried in the intestines.

Because it is not sold commercially like other meats, it is recommended to take precautions when eating to avoid any issues. Like other animals, parasites can be transmitted if eating an infected snake. Though these are in the minority, it is important to be aware of the risks.

Be Safe but Have Fun!

If you are interested in trying edible snakes for yourself, it is not difficult to find one if you look. But it is important to be cautious with your preparation and consider the way you cook it. If in the off chance, you are stranded in the wilderness and the only food available to eat is a snake, it is still important to be safe.

Being cautious throughout the entire process so you can protect yourself from potential risks like snakebites, and venom. There is a lot of information regarding snake safety while preparing it available online. We challenge you to keep learning and searching so you can be prepared in a time of need, or if you are interested in trying the snake as a snack.

Though this article was fun loving, it is important to take your health and safety seriously, especially when dealing with wild life. When you complete your search, you will feel better about being risky with a snake. For more tips and tricks on how to survive in the wild, see our earlier article on this topic.

If you have any questions or concerns regarding preparing and eating snakes, please comment below. We understand it may be hard to find specific answers to your questions, so we are here to help! Not to mention, we enjoy and appreciate the feedback!

Daniel is a gear freak when it comes to hiking, climbing and camping. He went to REI Outdoor School to meet new people and learn best practices. Don’t even try to argue with him about the latest backpack or ice axe, he tried most of them. Daniel’s dream is to climb Mount Everest.

As an Amazon Associate, I earn from qualifying purchases.

All images are the property of their respective owners and used under the Fair Use Policy. If you found any image copyrighted to yours, please contact us, so we can remove it.