Many of us often wonder about edible plants in nature. What plants can you eat and which ones should you stay away from? If you’re camping and/or backpacking, you may encounter a scenario where you’ll need to eat plants – maybe you ran out of food or your backpack ended up being overtaken by raccoons.

Who knows what will happen on your outdoor adventure, nevertheless, you should be prepared for some worst-case scenarios.

See also: How to Get Rid of Poison Ivy: Ease the Itch Effortlessly

So, if you’re developing a list of edible plants, you need to go through all your common forest vegetation. If you’re asking yourself, can you eat poison ivy? It’s time you found out.

What is poison ivy?

You’ve probably heard of poison ivy, but not everyone has encountered it. Poison ivy is an Asian and North American flowering plant which has a pretty good reputation for causing itching, irritation and allergic rashes when touching it. 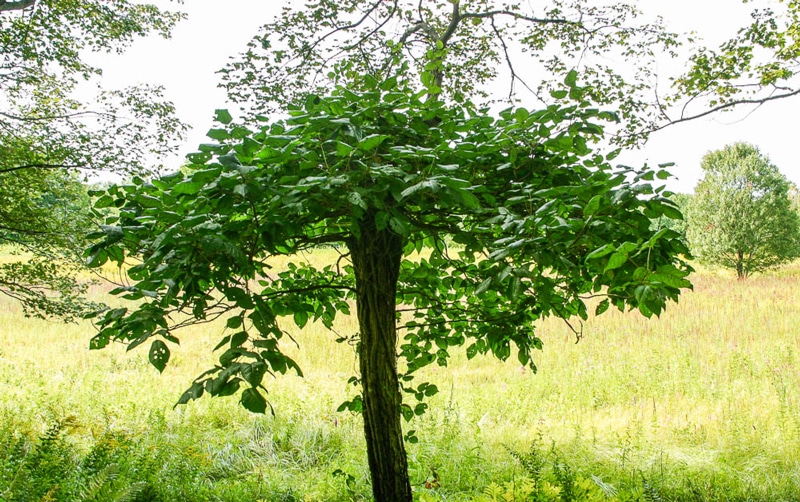 The rash is caused by urushiol which is a clear liquid in the plant’s sap. Poison ivy is actually eaten by many animals, including birds, however, to humans it’s simply seen as a weed.

Why would you want to eat poison ivy?

If you’re wondering why you would even want to try to eat poison ivy, well, there are various reasons. Some people see poison ivy simply as another source of vegetation to consume. However, other people, such as backpackers and outdoor enthusiasts want to take extra precautions and prepare their bodies for possible exposure to poison ivy.

In case of an emergency where you have no food, being able to eat the vegetation around you will come in need for your survival. Though poison ivy is known as an allergen, it is possible to eat it, you simply have to know how to.

How to identify poison ivy

Before we show you ways of eating poison ivy, it’s important that you know how to identify it in the wild. You may find it difficult to identify poison ivy from other plants, however, there are some distinctive characteristics which you’ll use in order to tell it apart from the others. Let’s take a closer look at some of its distinctive traits.

Look for the vine

Poison ivy leaves tend to be bright to dark green and have a waxy texture on top. However, from underneath, the leaves are light green and fuzzy. However, throughout the seasons they do change color.

Does the plant have fruit?

Depending on the season, poison ivy may be blooming. In this case, they’ll have berries. Poison ivy berries are white or cream-colored with the fruit staying on the plant throughout winter and spring.

So, why all the fuss about poison ivy? Is it really that bad? Well, first you need to know how it interacts with your body and its immune system? Now, we’re going to discuss your body’s interaction with poison ivy.

Your immune system and poison ivy

Now, many people know poison ivy for its rash-like effects when encountering it, but there’s an explanation behind it. Your body’s immune system is designed to protect you against bacteria and viruses which attack the body. However, with poison ivy, it’s different. The oil found on the plant called urushiol touches your skin and instigates an immunity response called dermatitis.

But what exactly happens in that encounter with urushiol? Immunity cells called T lymphocytes (T cells) recognize that the urushiol molecules are foreign. So, the T cells alert the body by sending out inflammatory signals call cytokines which deliver white blood cells to the area of inflammation. These white blood cells then turn into macrophages which eat the foreign substance and in the process damage healthy tissue which is why your skin becomes inflamed.

Many people when they first come into contact with poison ivy are not affected and do not receive an allergic reaction. However, everyone has different levels of sensitivity, so reactions vary.

If you’re unsure if you’ve come encounter with poison ivy, here are some of the symptoms that are included:

These symptoms usually depend on the amount of urushiol that has come into contact with your skin. If you find yourself having a serious allergic reaction to poison ivy, before you try to build immunity, you need to first remove the allergic reaction.

Now that we’ve debunked the myths about poison ivy, it’s time we showed you how to become immune to it.

How to become immune to poison ivy 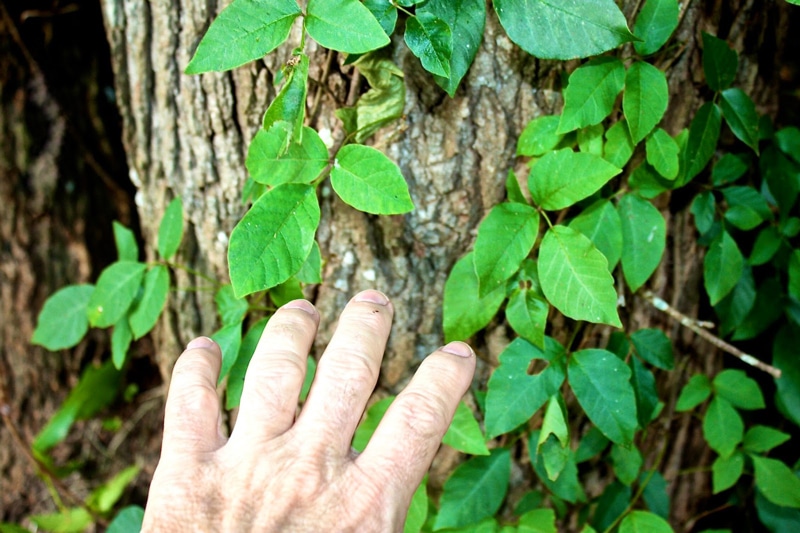 So, if you’re wondering, can you eat poison ivy? The answer is yes, you can. Can you eat a bowl of it right away? No, you need to be patient. Here are a couple ways you can become immune to poison ivy.

If you’re trying to build immunity, you may encounter times where you drank too much poison ivy tea and now have an allergic reaction. Before you build your immunity to poison ivy, you need to get rid of the allergic reaction. Then, you can start back from the beginning and slowly increase your dosage of poison ivy. So, to get rid of your itchy, red rash, here are some natural remedies. For more resource on how how long until poison ivy rash appears, see our ealier article on this.

Aloe vera is a great option that you can use to directly place onto the inflamed area. Make sure that the aloe vera gel you use is organic and high-quality. You can also use an actual aloe vera plant as well.

Common kitchen baking soda is another great remedy to relieve itchiness from poison ivy. Place ½ cup of baking soda into a bathtub of warm water. Or you can use 3 teaspoons of baking soda with one teaspoon of water and mix it into a paste. You can apply the paste directly onto the inflamed area. 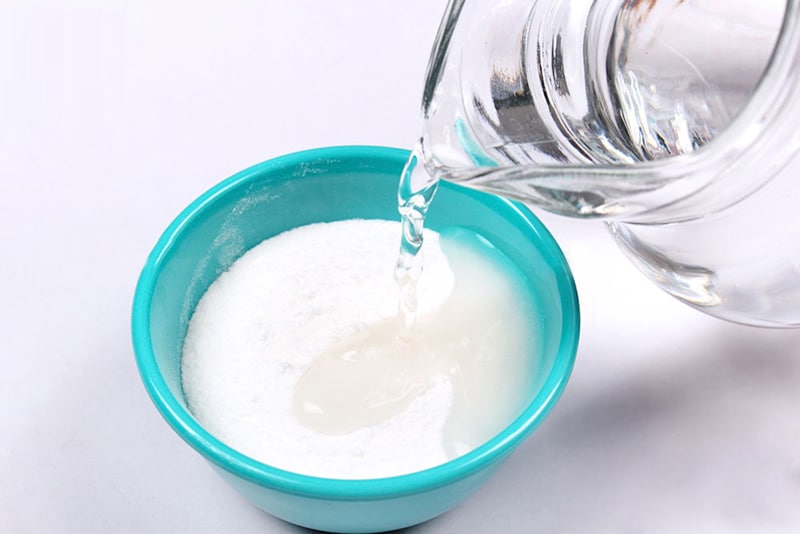 If you have witch hazel, you can dab a small amount onto the inflamed area. Witch hazel not only acts to relieve the itch but it also cleanses the area.

You probably didn’t think that oatmeal paste wasn’t a remedy, however, it’s a great way to relieve the rash. You want to cook a small amount of oatmeal and directly place it onto the inflamed area. Make sure that you don’t apply the oatmeal onto the skin when it’s too hot.

It’s the most ideal if you place the oatmeal onto the area when it’s warm. That way, it’ll be able to cool itself while on the affected area. You can also mix the oatmeal with a teaspoon of baking soda which will act as an extra itch-reliever.

Sometimes, soap and water just does the trick. Because urushiol is an oil, using plain water will not be able to remove it. Using dish soap will help to break up the oil that’s left on your skin. Dish soap will minimize the spread of the poison and reduce the rash.

Now that you know the remedies in case you have an allergic reaction, you’ll be well prepared to consume poison ivy and build immunity to it.

Through frequent interaction with poison ivy, tea and consumption of its leaves, you’ll be able to build immunity to it. 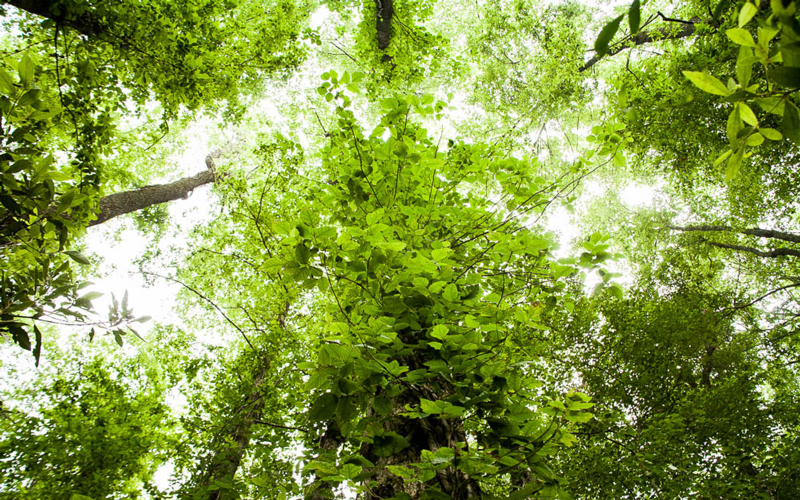 But remember, in order to be successful at building immunity, you need start off with consuming small amounts of poison ivy. This make take some time until your body becomes adjusted, so be patient. As time passes, you’ll be able to ingest regular amounts of poison ivy without any problems.

Before you go on your next trip, see our piece on more camping safety tips for you and your family. 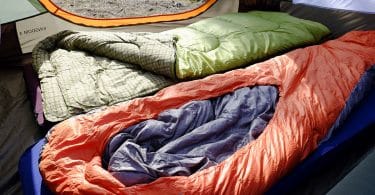 Jerry ‘Boy Scout’ Mueller spends 99% of his time camping or teaching others how to live in the wild. He became an Eagle Scout which is the highest rank attainable in the Boy Scouting division when he was 17 and after that he still lives the scout life. Jerry always plans neatly every trip, takes leadership very seriously and if you listen to his tips and stories, you can learn tons of useful things.