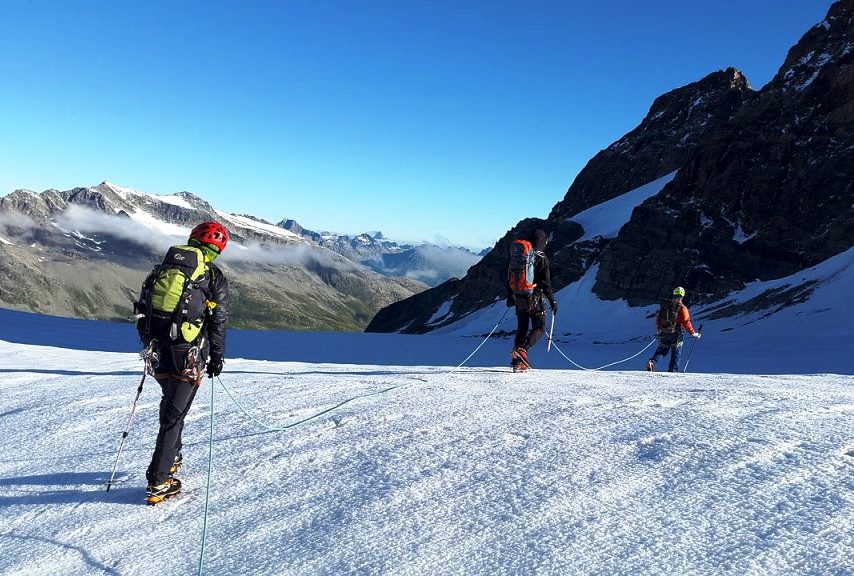 You’ve been preparing for this day for the past few months. You’ve bought the most expensive hiking gear, have a backpack full of energy-rich foods, and the means to make a decent fire so you won’t freeze to death. You finally start your climb, only to realize that that you don’t feel so good. You may have forgotten to do your research on how to prevent altitude sickness, and now you’re in for a not-so-fun experience.

Not many hikers are privy to the existence of this condition, so that’s why we’re here to tell you how to save yourself from suffering with it. Knowing how to avoid altitude sickness will not only make it easier for you to finish your climb, but you’ll also prevent long-lasting symptoms from affecting your health in the future.

First, we’ll introduce you to the different kinds of altitude sickness and what their symptoms are. Then we’ll show you the various treatments you can take to prevent or minimize these symptoms.

As stated earlier, this condition is as a result of less oxygen in the air that you’re breathing. You’d think that you would just find it a little harder to breath, but there’s a lot more going on internally.

It’s your blood that carries the oxygen you inhale around the body to the necessary organs of your body. This includes your brain and your digestive organs. Without the amount of oxygen that your body is used to, these systems will start to suffer.

In addition, higher altitudes have lower air pressure, which causes fluids to leak into the capillaries of your lungs and your brain. This is also due to the fact that the body is making more red blood cells to carry around more oxygen, which slightly increases the volume of blood and the pressure within the vessels themselves.

And don’t think that just because you’re fit as a fiddle that you’ll avoid these symptoms. They can affect anyone and everyone if precautions aren’t taken, whether they’re young, old, physically fit, a little overweight, or anything in between.

For those who live at high altitudes, their bodies are used to the lower levels of oxygen in the air. However, for those who aren’t “blessed” with this adaptation, altitude sickness is an inevitable result of your body trying to cope with having less oxygen to work with.

Here are the various kinds of altitude sickness that you may face on your journey.

This pattern can wake a person from sleep, as they’ll feel like they’re suffocating. This disturbance in the sleeping patterns will make the climber more tired and restless throughout the day.

This is the mildest and most common form of the sickness. It can show up as mild, moderate, or severe AMS. The differences between these is determined by the elevation, how fast you’re climbing, and individual susceptibility.

In general, it affects roughly 25% of people who travel to or sleep in locations at least 8,000 feet above sea level. It starts within two to twelve hours after arriving at such a high altitude, and vanishes within one to three days of remaining at this elevation.

Best test for moderate AMS is to see if you can walk a straight line, heel-to-toe.  Failure to do so means that descent is required.

Very rarely do those who suffer from AMS go on to develop HACE. This can be severely life threatening, so if you start noticing symptoms, you descend to a lower elevation and seek immediate medical attention.

Symptoms include headache, loss of coordination, disorientation, headache, loss of memory, coma, hallucinations, and decreasing levels of consciousness. These symptoms are as a result of the swelling of brain tissue, and occur when the climber has spent a week or more in very high altitudes. If not treated, it can easily lead to death. Any signs of these symptoms means that the person should be evacuated to a medical facility immediately.

Symptoms of HAPE don’t reveal themselves until a hiker has achieved at least 14,000 feet above sea level. This is an even more serious condition than HACE, and anyone suffering from it should seek oxygen therapy immediately, or move to lower ground.

Symptoms include shortness of breath at rest, tightness in the chest, feeling of impending suffocation at night, marked fatigue and weakness, persistent cough with the production of fluid, and confusion/irrational behavior. You can test yourself for HAPE by checking your recovery time after exertion; if you test positive, you should descend at least 2,000 feet and seek proper medical treatment.

Don’t think that just because you’re climbing means that it’s inevitable you’ll suffer from these symptoms. There are precautions you can take to prevent it from occurring.

Alcohol is also a no-no, as it causes the blood vessels to dilate, as well as dehydrates you.

This can exacerbate the symptoms, making you feel worse.

There are a number of medications you can take beforehand or during your trek that will help to minimize or eliminate the symptoms of altitude sickness. it’s definitely recommended that you consult with your doctor beforehand to see what’s right for you in case you have a certain allergy.

Here are the medications that are typically recommended to take with you.

Dosage should start at least one to two days before climbing and should be continued to at least three days once the highest altitude is reached. One dosage of 125 to 250 mg should be taken at twice a day. If you choose to go with the prophylactic method, then one dose of 250 mg should be taken every eight to twelve hours before the start of and during the climb. This method should only be used for rapid ascents.

This isn’t without its side effects, however. They include tingling in the fingers, toes and face, carbonated drinks tasting flat, excessive urination, and blurring of vision on rare occasions.

Be aware that this is a powerful steroid, so it should be used with caution under the recommendation and advice of a medical doctor. Side effects include stomach irritation and euphoria/depression.

The dosage is 20 mg every six to eight hours.

Because of the decrease in blood pressure, users should be warned that they should stand slowly from a seated or reclined position, as dizziness may occur.

The Gamow Bag is a means of alleviating the symptoms of altitude sickness, but it’s not a medical treatment. It was invented by Dr. Igor Gamow, but not for this intended purpose. Originally, it was made for athletes who were supposed to “train low, sleep high” in order to increase oxygenation of the blood. It involved a pressurized chamber where athletes who came from high altitudes could train at lower altitudes where there’s more oxygen in the air.

His invention never really got off the ground for its intended market, but it found a new purpose for climbers. It was reduced in size to fit one person, and is now extremely portable, weighing in at only 15 pounds.

It involves the affected person being placed inside the bag, and it is inflated by pumping air into it. This increases the levels of oxygen being breathed, simulating the climber being at lower levels. It only takes roughly 10 minutes for the bag to simulate a level of being 3,000 to 5,000 feet lower than the current altitude. And after only two hours of being inside the bag, the climber’s body chemistry will have reset to this lower altitude.

The effect of this reset lasts for as long as 12 hours, which can be invaluable for anyone who suffers from the more detrimental symptoms of altitude sickness.

Altitude sickness doesn’t have to be an inevitable result of your climb. The symptoms themselves can become debilitating without treatment, and can end up jeopardizing your health in the future. Being aware of them beforehand will let you know what’s really going on with your body so that you can adequately prepare beforehand.

We hope that the information we’ve provided you has been food for thought to keep in mind before you plan your next climb. If you feel that there’s a medication you’ve tried that’s helped you deal with the symptoms, or if you have any other tips you’d like to share with other readers, please be sure to leave your stories and comments with us in the section below.

Daniel is a gear freak when it comes to hiking, climbing and camping. He went to REI Outdoor School to meet new people and learn best practices. Don’t even try to argue with him about the latest backpack or ice axe, he tried most of them. Daniel’s dream is to climb Mount Everest.

As an Amazon Associate, I earn from qualifying purchases.

All images are the property of their respective owners and used under the Fair Use Policy. If you found any image copyrighted to yours, please contact us, so we can remove it.